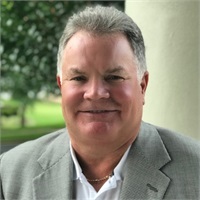 Michael J. Shimer BSISE specializes in helping High Net Worth individuals, families and businesses who strive to accumulate and preserve wealth with an emphasis in fixed income investments.  He has been working with clients and investments since 1995.

Mike graduated from the University of Florida in Gainesville Florida with a Bachelor of Science in Industrial and Systems Engineering.  Upon graduation, he worked as an Industrial and Manufacturing Engineer in Central Florida for over 10 years for defense contractors including Lockheed Martin, Honeywell and Siemens.  After a successful engineering career, it was time for a new challenge, so he decided to start an investment career with PaineWebber as a liaison and new issue underwriter on the S.E. Regional Municipal Bond trading desk.  This experience was invaluable for his transition over to a Financial Advisor role with Smith Barney and then Legg Mason.  After a fulfilling his desire to run his own company by starting his own commercial insurance agency, Mike returned to the financial markets as a fixed income bond trader and financial advisor for the last 9 years.

Mike holds the Series 7 – General Securities and Series 63 – State Uniform Securities licenses.  He has resided in the Southwest Orlando area for the last 25+ years with his wife (Nannette) and son Alex.  Mike is an avid golfer, UF Gator booster and general sports fanatic.